I love weddings! And I love bur oaks. In this installment of excerpts from James Fenimor Cooper’s Oak Openings, we get to peek into a wedding scene set in a bur oak grove. Remember the setting for the adventure was the Kalamazoo River and the oak openings of the present day Kalamazoo-Portage-Schoolcraft area in Kalamazoo County. The time is late summer, 1812. The only characters in this scene are the hero (professional bee-hunter Ben Boden, also called Le Bourdon); his soon-to-be bride, Margery; a missionary to the Potawatomi tribe (and any other tribes that would listen)named Parson Amen; and the missionary’s American military escort, the corporal. The story is very romantic and the description of the scenery is as well, but Cooper does paint a word picture of a Midwestern landscape that is long-forgotten, is almost lost today, yet might serve as a model for the wildlands of Lakes Country of the future.

Little ceremony is generally used in an American marriage. In a vast many cases no clergyman is employed at all; and where there is, most of the sects have no ring, no giving away, nor any of those observances which were practised in the churches of old. There existed no impediment, therefore; and after a decent interval spent in persuasions, Margery consented to plight her vows to the man of her heart before they left the spot. She would fain have had Dorothy present, for woman loves to lean on her own sex on such occasions, but submitted to the necessity of proceeding at once, as the bee-hunter and the missionary chose to term it.

A better altar could not have been selected in all that vast region. It was one of nature’s own erecting; and le Bourdon and his pretty bride placed themselves before it, with feelings suited to the solemnity of the occasion. The good missionary stood within the shade of a burr oak in the centre of those park-like Openings, every object looking fresh, and smiling, and beautiful. The sward was gieen, and short as that of a well-tended lawn; the flowers were, like the bride herself, soft, modest, and sweet; while charming rural vistas stretched through the trees, much as if art had been summoned in aid of the great mistress who had designed the landscape. When the parties knelt in prayer–which all present did, not excepting the worthy corporal–it was on the verdant ground, with first the branches of the trees, and then the deep, fathomless vault of heaven for a canopy. In this manner was the marriage benediction pronounced on the bee-hunter and Margery Waring, in the venerable Oak Openings. No gothic structure, with its fretted aisles and clustered columns, could have been one-half as appropriate for the union of such a couple’. 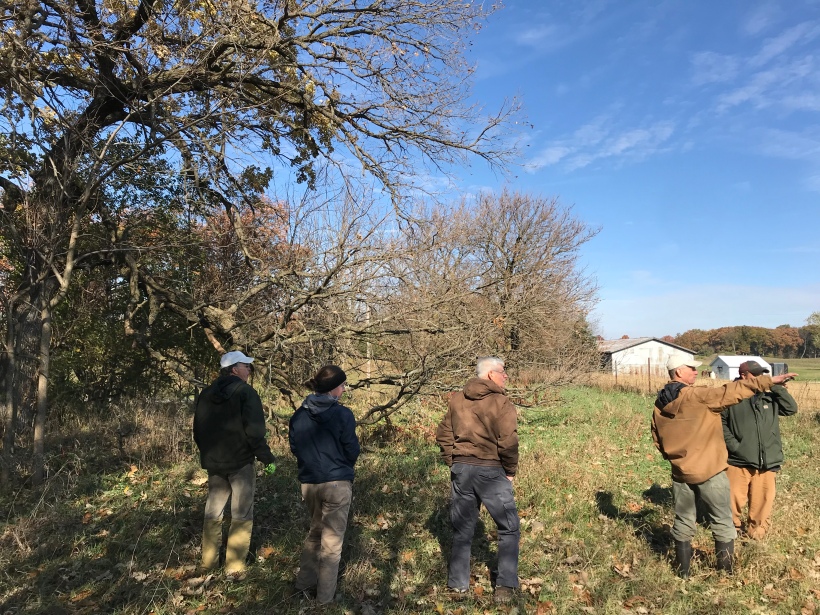 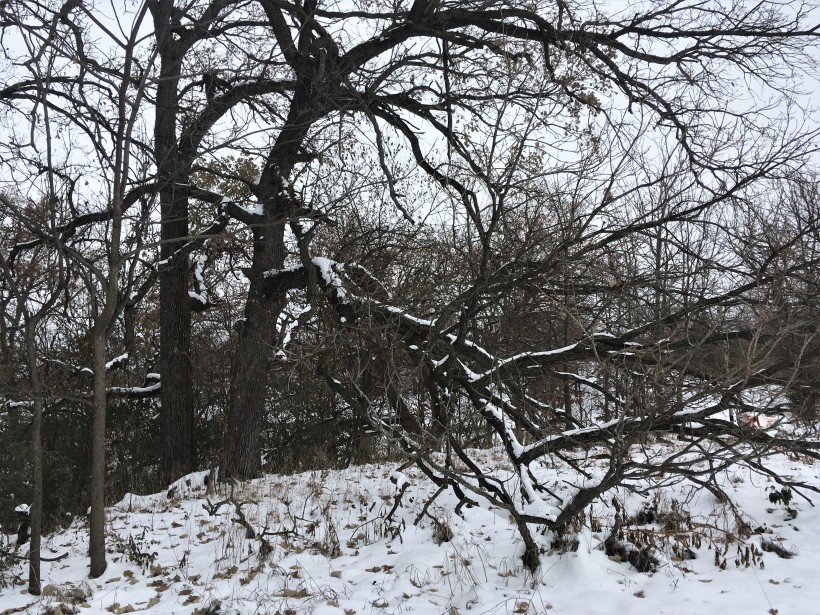